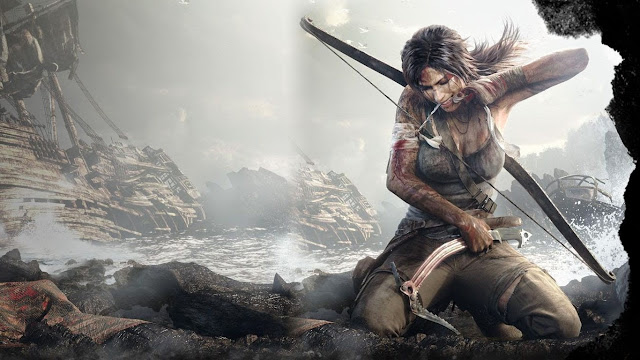 Two weeks ago this was mentioned in the 2nd Crystal Habit podcast. It was confirmed in writing last week by Crystal Dynamics Community Manager, Meagan Marie, on the Official Tomb Raider Blog:

"...the [Turning Point Trailer] track isn’t directly inspired by or a revision of the original theme. Still, we’re happy that fans are walking away with with the consensus that it "feels" like Tomb Raider" - Marie

It appears the franchise's music is also rebooting. Nathan McCree wrote the original Tomb Raider theme in 1996, and it has been reused in every subsequent iteration to date.

The new composer for Tomb Raider (2012) is expected to be announced later in the year. Take a listen to their new theme, performed by an in-house concert violinist: