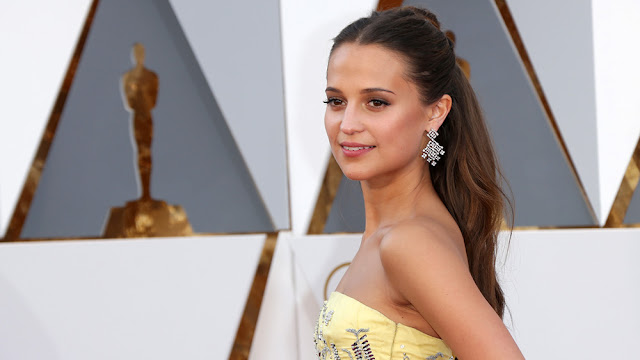 Although little evidence has amounted to the following, original Tomb Raider video game composer Nathan McCree is rumoured to be attached to the upcoming film reboot. Alicia Vikander is set to star as Lara Croft with Norwegian director Roar Uthaug helming the return of the franchise to the silver screen.

The composer has appeared nonchalant when queried via twitter, even entertaining the notion. To boot, the film's IMDB page boasts McCree's involvement, although this can be determined by any public editor. Both GK films and Uthaug are following McCree on Twitter, something in the case of Crystal Dynamics' Karl Stewart and composer Jason Graves, has proved connection before.

Considering Uthaug's repeat collaboration it was originally speculated that Magnus Beite would be involved with the film's music. While it wouldn't be a stretch for a video game composer to transition to film, the possibility seems less likely in the Hollywood sphere, especially with McCree's lack of credentials in film. Roar Uthaug has also recently utilised Alan Silvestri for Allied, the latest production by GK Films.

Despite any indication towards McCree's involvement, the composer of the original Tomb Raider theme would potentially be restricted to utilising the franchise's replacement musical motif (as composed for the 2013 reboot of the series by Jason Graves). Although it is not yet clear musical elements of the latest video games in the series will translate over to the rebooted film.