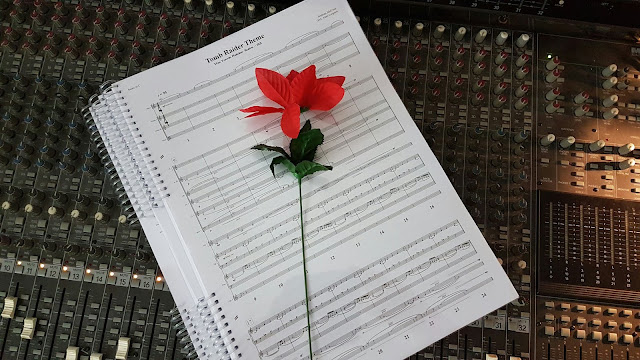 Following his initial afterwords, Daryl Baxter debriefs with Nathan McCree some days later, post-debut of The Tomb Raider Suite as the Tomb Raider- Live In Concert event in London, December 18th, 2016. On the concert itself and the possibility of a world tour, McCree had this to say:

"I personally, made a financial loss on the concert, but with the three standing ovations and all the positive feedback, it was worth it [...] it’s hard to see a world tour not occur." - McCree

The Tomb Raider Suite project was always envisioned as the concert, an album and a documentary film titled Tomb Raider: Remastered. The Tomb Raider Suite album was to see the first three Tomb Raider soundtracks re-recorded with an orchestra at Abbey Road Studios, with the resulting material to be released commercially. In regards to approaching this next step, the composer mentioned the following:

"I’ve got the licence from Square Enix to exploit the original soundtrack from the games as I see fit. Now that I’ve used the music for an event, I have that licence for seven years. So now it’s the album. At the moment I am focusing on The Tomb Raider Suite, but I’m also considering releasing the original synthesised versions as they are in the actual game.

The plan for the album is likely to be a Kickstarter. We hope to announce it in February, launch in March for one month, and if all works out we release the album in July." - McCree

When asked if returning to the video game franchise to compose, McCree stated "...we have spoken of there being a possibility of me scoring the fourth game. It could not only attract new fans, but old fans who still haven’t played the new games, but with my music". This may be indicative that developer Crystal Dynamics has already hired a composer for the next franchise instalment, an upcoming sequel to 2013's reboot follow-up, Rise of the Tomb Raider (2015), rumoured to be called "Shadow of the Tomb Raider".

Read the full interview with Daryl Baxter here. Rumours of Nathan McCree's potential involvement with the next Tomb Raider (2018) film, directed by Roar Urthaug and starring Alicia Vikander, were not addressed.
Topics: Nathan McCree, Shadow of the Tomb Raider, The Tomb Raider Suite, Tomb Raider - Live In Concert
Email ThisBlogThis!Share to TwitterShare to FacebookShare to Pinterest