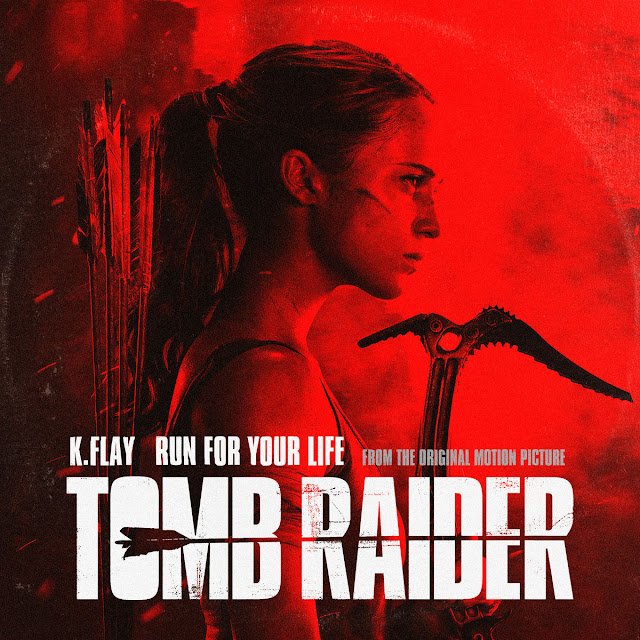 "I wrote "Run for Your Life" in a hotel room in Johnson City, Tennessee, a few hours before my show that night. I think the frantic energy of touring found its way into the track.

This track was a new challenge for me — writing a song from a perspective outside my own, trying to capture the spirit and energy of a film I hadn’t seen in full yet. (PS I’ve of course seen it now and it’s awesome)," - K.Flay

"Run for You Life" is one of three foreseeable additions to the Tomb Raider Franchise Commercial Discography in 2018. The track can be purchased digitally or streamed on several platforms via this handy link from February 16th. Listen to the track on Vevo below now!