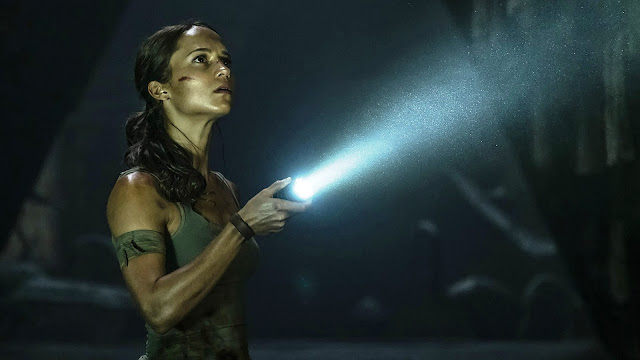 The second trailer (and subsequent TV spots) for 2018's Tomb Raider arrived today with a noticeable licensed trailer song - watch the trailer after the jump below. Director Roar Uthaug was quick to highlight the accompanying music used:

For those wondering about the @destinyschild remix for the @TombRaiderMovie trailer, it was done by @2WEIMUSIC and you can find the full song here:https://t.co/ZiWbPqklbK

As Uthaug points out, the music is the early-naughties Destiny's Child empowerment pop hit "Survivor" as reworked by 2WEI Music. What's better news is that the track is available to purchase from all good music retailers. Unusually so for a trailer music outfit - 2WEI being a music maker for trailers and commercials.

Tomb Raider is the third film in the Tomb Raider franchise and the first based on the reboot-era of video games developed by Crystal Dynamics. Tomb Raider stars Alicia Vikander in the pop-culturally relevant role of Lara Croft and hits cinemas on March 16th, 2018.