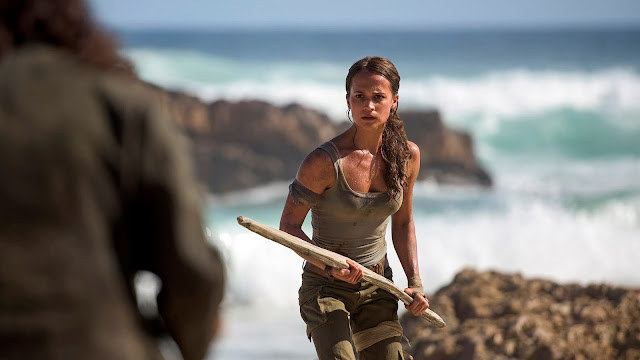 Following rumours of James Newton Howard's attachment to Roar Uthaug's upcoming Tomb Raider film reboot, set for release in March 2018, Junkie XL has let slip in an interview regarding his departure from Justice League that Tomb Raider is his next gig. Junkie XL "is now moving on to Tomb Raider", according to sources via The Hollywood Reporter, quoting Holkenborg in regards to losing out to Danny Elfman:

"...you haven't made it in Hollywood as a composer until you get replaced on a project. So I guess [I] finally graduated this week." - Tom Holkenborg/Junkie XL on Justice League

Uthaug consistently collaborates with Magnus Beite, a partnership that now dissipates with the director's entry to Hollywood, while Tomb Raider game composer Nathan McCree also teased the role. Tomb Raider is based on the 2013 video game reboot of the franchise and stars Alicia Vikander as the titular icon.
Topics: Tom Holkenborg/Junkie XL, Tomb Raider (2018)
Email ThisBlogThis!Share to TwitterShare to FacebookShare to Pinterest