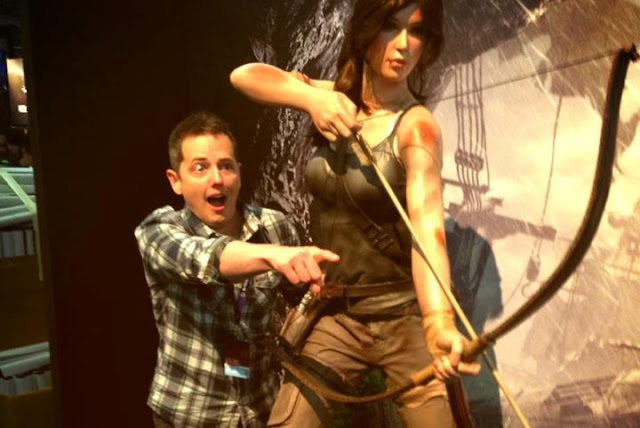 Farewell Jason! While Graves' theme will continue to accompany Lara, sadly the composer will not
MoTR has received word from our E3 2015 ambassadors on the show floor after an interview with Rise of the Tomb Raider Creative Director Noah Hughes and senior community manager Meagan Marie of Redwood City studio Crystal Dynamics. We asked, "will Jason Graves be returning as composer?":

Meagan Marie: "Jason [...] is not involved. But we don’t have any announcement for who the new composer is. I’m sure we’ll blow it out when we do."

We also asked Marie if there'd be a CD soundtrack release for Rise like its predecessor Tomb Raider:

Meagan Marie: "I think that the answer to that is we know how much fans love music, and that you guys loved the CD last time, so I would expect we’ll do something very similar. That’s not a formal announcement, but we’re definitely looking into options and we’ll let you know as soon as we have details."

Noah Hughes: "I should clarify then in that context that I really enjoyed working with Jason and I think we’d enjoy working together again, so it was something where we very much respected each other’s work. This was more a decision about this game being an evolution of the last game, and really trying to capture a new personality, so part of it was saying from the ground up that if we want to score this experience, how can we best show this transition in Lara’s character?"

Our Tomb Raider community ambassadors in Los Angeles also queried if Jason’s theme would come back, having just made a triumphant reappearance in the E3 2015 game-play trailer:

Noah Hughes: "Yeah that is fair to say that we really loved the theme work that Jason helped us establish with the reboot, and so we like themes as a style of scoring the game. We try to make sure those themes take on the tone and emotion of the moment so they are very portable but we do work with common themes to help get that sense of identity."

Thus Graves leaves his mark on the franchise with the continuity of his wonderfully crafted thematic motif for the reboot. Much like the original Tomb Raider composer Nathan McCree, his legacy may hold fast in the sequential franchise instalments to come. We wish the composer the best in his future endeavours.