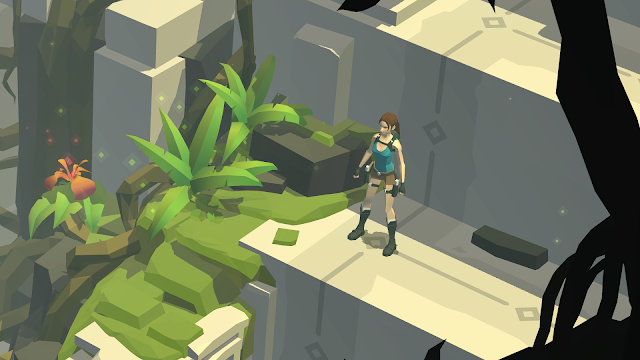 Update: The video game audio and music production outfit behind Hitman GO, known as Pixel Audio, have identified themselves as responsible for the soundtrack to Lara Croft GO. Their team of in-house composers consists of Ulric Corbeil Trudel, Eric Shaw and Mathieu Beaudet. Original story below:

Expanding the Lara Croft franchise over mobile and tablet devices, Square Enix at E3 2015 today announces Lara Croft GO. The isometric, turn-based and 2-dimensional puzzle game follows the success of Hitman GO and delivers "gorgeous visuals" and "a mesmerizing soundtrack". The game has been developed by Square Enix Montreal - the music could be the work of an in-house composer but a name is yet to be attached. Take a listen to the new atmospheric material in the trailer below:


Word on the isolated release of said soundtrack via the Lara Croft: Tomb Raider developer Crystal Dynamics' SoundCloud (à la the Lara Croft and the Temple of Osiris: Original Game Soundtrack) is quiet at this early stage. But Crystal Dynamics have made the point of promising more information on the music soon. Lara Croft GO is slated for a to-be-priced worldwide release on mobile and tablets later this year.
Topics: Lara Croft GO, Pixel Audio
Email ThisBlogThis!Share to TwitterShare to FacebookShare to Pinterest