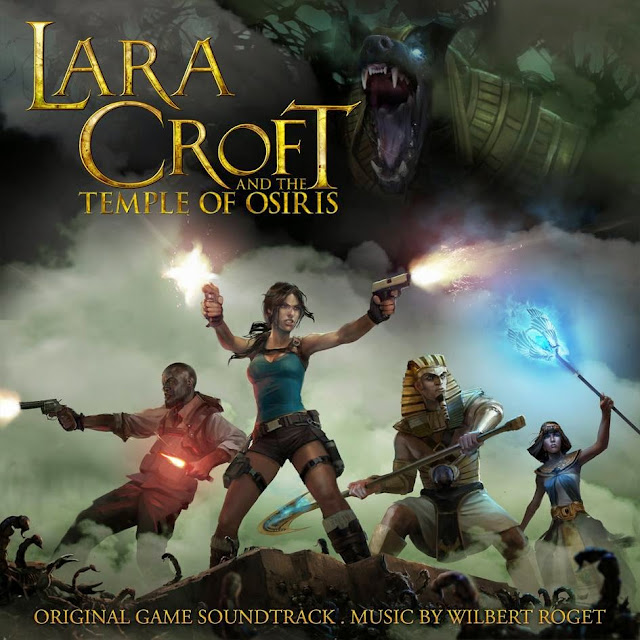 Update: Wilbert Roget, II has updated his Lara Croft and the Temple of Osiris additional music collection with not only one but three previously unreleased tracks - "Set Awakens", "Scarab Attack" & "Osiris' Remains". The new tracks bring the total to six available for download via the composer's SoundCloud.

Lara Croft and the Temple of Osiris lead composer Wilbert Roget, II today releases three additional tracks from the award-nominated video game score. The 6 minutes of newly available music can be streamed or downloaded in uncompressed WAV format via Roget II's SoundCloud. Tracks include "Pyramid of Osiris" (the tutorial level music, by popular demand) and "Of Course It's A Trap", as well as "The Priests of Sobek" by assistant composer Paul Houseman. The release of a fourth track is planned.

The Lara Croft and the Temple of Osiris original soundtrack was released for free by developer Crystal Dynamics across December 2014 and January 2015 as a thank you to fans. Details are in our Community-developed Discography. Today's release features a shiny new custom-type album artwork by specialist digital artist Javier Gasco. MoTR also had the pleasure of exclusively interviewing the talented Roget, II.
Topics: Lara Croft and the Temple of Osiris, Paul Houseman, Wilbert Roget II
Email ThisBlogThis!Share to TwitterShare to FacebookShare to Pinterest