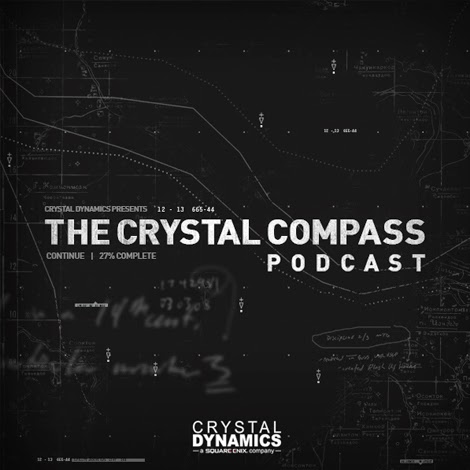 "We're excited to be back and bring in new features... something different... enjoy a little musical interlude with Crystal Compass Radio: We're going to take a quick break before the final segment of our podcast[s] and let you listen to two tracks, one classic and one current, from our titles. This episode we're going to listen to the main theme from Tomb Raider: The Last Revelation, composed by Peter Connelly, followed by the "Lara Croft Overture" composed by Wilbert Roget for Lara Croft and the Temple of Osiris. These two pieces have been specially chosen to lead into our Classic Crystal feature which takes a retrospective look at Tomb Raider and the allure of Ancient Egypt." - Meagan Marie, Senior Community Manager

Tomb Raider (2013) composer Jason Graves has yet to be officially attached to the AAA title Rise but is likely to return having crafted a fresh musical framework for the reboot of the series. It can be safely assumed the podcast interlude tracks have been composed for the the game - Crystal did the same for Tomb Raider pre-release. The Crystal Compass Podcast can be listened to and subscribed to at iTunes. MoTR will be covering the monthly Crystal Compass Radio features with great interest as this is the first time Crystal Dynamics have officially acknowledged their back catalogue of musical assets (acquired when the series was transferred from original Tomb Raider developer Core Design). Take a listen to the new Rise of the Tomb Raider music - suspected to the work of Graves - after the jump below: