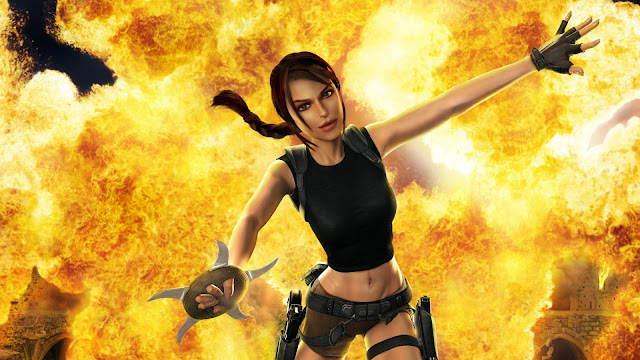 Tomb Raider: The Last Revelation (1999), Chronicles (2000) & The Angel of Darkness (2003) composer Peter Connelly has indicated plans to turn to Kickstarter funding for a fresh rehash of his work on the titles, as well as the commercial release of his original Tomb Raider 4, 5 & 6 soundtracks:

"I have plans... BIG PLANS... plans to set up a Kickstarter project to help fund a remake of my Tomb Raider 4 - The Last Revelation, Tomb Raider 5 - Chronicles and, with the help and / or blessing of Martin Iveson (AOD co-writer), Tomb Raider 6 - Angel of Darkness OSTs. The production will be huge and the merchandise available will be a something to pledge for..."

Pledge-dependent merchandise to follow could include digital soundtrack downloads, limited edition signed CD box sets (including both the original soundtracks and planned re-recordings), the 5.1 surround-sound Angel of Darkness soundtrack on DVD, vinyl releases and accompanying musical score on sheet to boot.

Details should follow Connelly jumping through legality hoops - but the serious intentions of the project have been intimated. If successful, the composer will be making the first standalone purchasable soundtrack releases for aforementioned titles in over a decade. With fellow classic Tomb Raider composer Nathan McCree also set to make big announcement(s), 2015 is turning out to be particularly sonorous.
Topics: Chronicles, Martin Iveson, Peter Connelly, The Angel Of Darkness, The Last Revelation
Email ThisBlogThis!Share to TwitterShare to FacebookShare to Pinterest