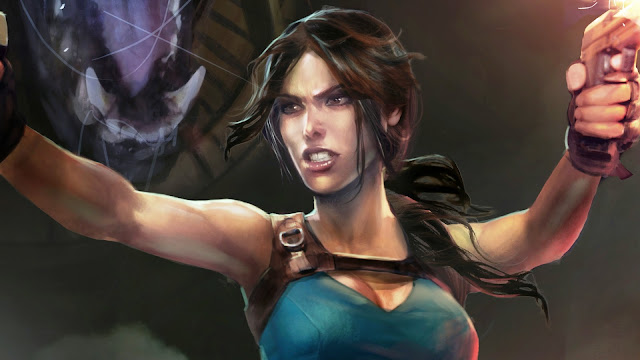 While we've heard plenty of fresh Egyptian-style tunes from Lara Croft and the Temple of Osiris in trailers and live demos thus far, the responsible composer is yet to be announced with an official press release from Redwood City studio Crystal Dynamics.

However, award-winning composer Wilbert Roget, II appears to have listed the sequel to 2010's Lara Croft and the Guardian of Light on his LinkedIn profile, with xblafans.com outing the talent in June. Cellist Sebastian Freij has also mentioned recording "arabic style cello playing" in-studio for the digital title.

A soundtrack release for Temple of Osiris does not appear likely, as Guardian of Light received none (a community developed equivalent can be found in MoTR's discography). Yet 2013's Tomb Raider did mark the first commercially available soundtrack in the history of the video game franchise. There may be hope Crystal Dynamics & Square Enix do not dismiss the same treatment for the riveting new Egyptian themes Lara Croft and the Temple of Osiris boasts, continuing the trend of music sales for the franchise's future.

Lara Croft and the Temple of Osiris is due to be released worldwide on December 9th, 2014, for PC and next generation systems Xbox One and Playstation 4. Physical "Gold Editions" were announced today (unfortunately no mention of an enclosed soundtrack either). Jason Graves is expected to return for the upcoming 10th sequential pillar instalment Rise of the Tomb Raider (2015).

Update: Chris Greening from vgmonline.net has confirmed Wilbert Roget, II's attachment to Temple of Osiris. Additionally, the LucasArts alumnus has stated "I hired Paul Houseman as my assistant composer". A freelance team not dissimilar to Troels Folmann & Colin O'Malley; Houseman is a Finnish composer specialising in trailer music for film advertising campaigns. Feel free to visit his website too.
Topics: Lara Croft and the Temple of Osiris, Paul Houseman, Wilbert Roget II
Email ThisBlogThis!Share to TwitterShare to FacebookShare to Pinterest