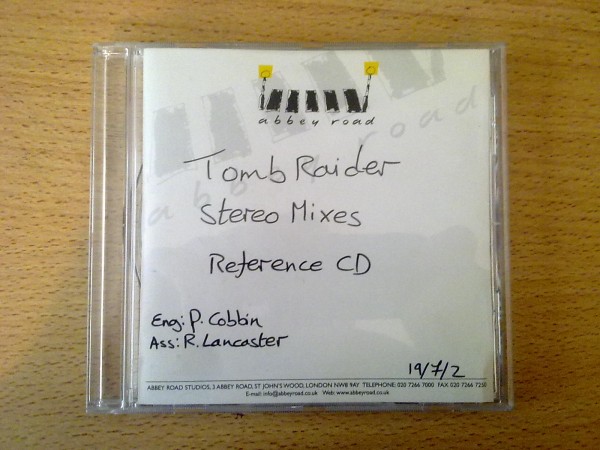 The 18th of July marks the 10th Anniversary of the day that composer Peter Connelly had the pleasure of recording his music to 2003's Tomb Raider: The Angel of Darkness with the London Symphony Orchestra, this day in 2002. Connelly's website Universal Design offers a statement from the composer:

"Although it only feels like yesterday, it was 10 years TODAY (18.07.2002) that the soundtrack to Tomb Raider: Angel of Darkness was performed by the highly acclaimed London Symphony Orchestra and recorded in the beautiful sounding Studio 1 at Abbey Road Studios, London (UK). It was mixed the following day (19.07.2002) by Pete Cobbin (credited as mix engineer on Prometheus, The Kings Speech, Bridget Jones, Lord of the Rings) who was also responsible for the actual recording.

As a celebration for this 10 year anniversary, I will upload all of the original music mixes, as supplied by Abbey Road, in .wav format to my soundcloud page later today." - PC

About "Paris Intro": Never before heard in its isolated form, the version of this cue that appears during the opening cinematic for the game is layered with another mock-up/synthesizer version, as Connelly deemed the LSO version weak and uninspiring by itself - a "rushed" piece. It was for this reason that it was not included in the initial release of Abbey Road Mixes.

Follow Peter's activity at any of the following places: