A musically notational look at The Last Revelation's "Gods" 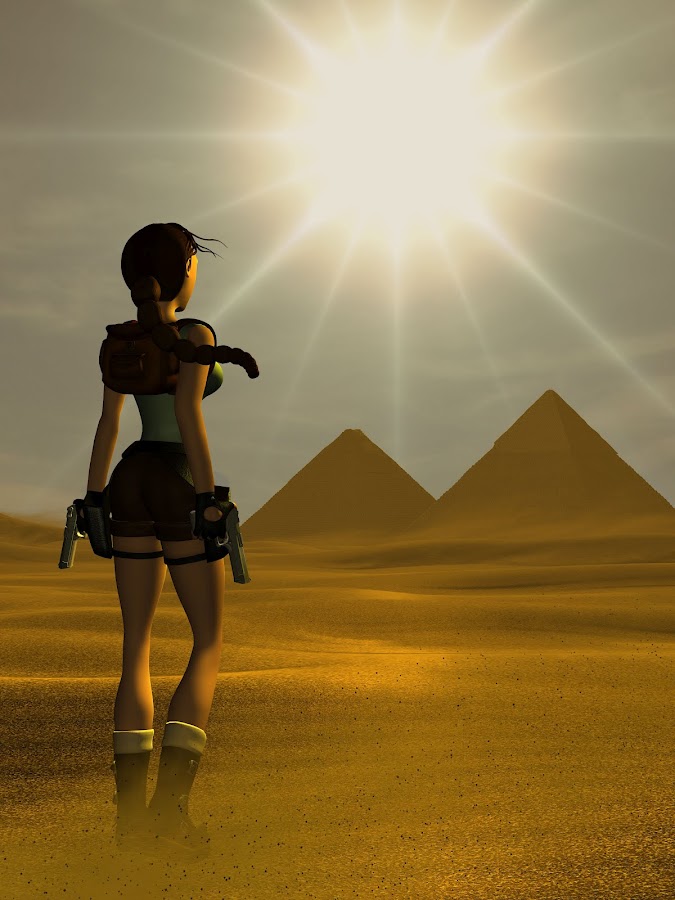 Co-author Tudor Tulok has commenced a purely musically-driven investigation into the constructions of the Tomb Raider scores across various media. An ongoing project, any subsequent articles will be labelled with [Musical Notation Series].

While no sheet music to any Tomb Raider soundtrack is readily available, Tulok has done his best to reproduce the composed material as authentically as possible; representing the aurally perceived themes as written score notation.

Below is our first example, from 1999's Tomb Raider: The Last Revelation, "Gods", composed by Peter Connelly. 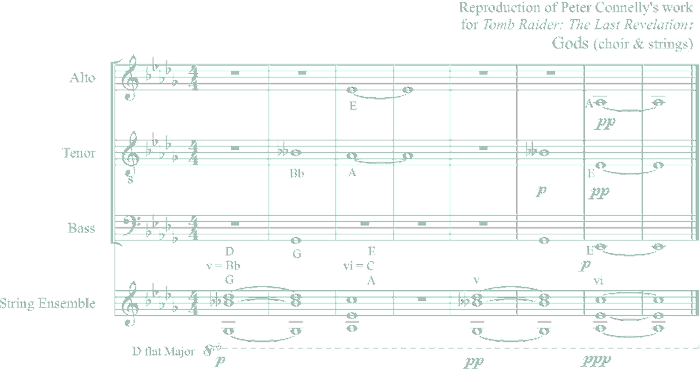 [opaque version]
Similar analysis has been completed on pieces from Alan Silvestri's Cradle of Life and Connelly's Angel of Darkness (both released in 2003), hopefully due to follow in other installments. Tudor provides further detail regarding The Last Revelation:

"The excerpt is not a direct quote of Tomb Raider: The Last Revelation music, but directly imitative. We call it reproduction. The sample is in D flat Major." -TT

Additionally, an accompanying audio sample is provided below via Tudor Tulok's SoundCloud, where he urges you visit if you would like to leave him a message.


"We encourage you to experiment with Tomb Raider music. We also opened a group on soundcloud (called Tomb Raider Cloud) where you can drop your ideas to all of us; old fans of TR and TR music. We would be delighted to know how people actually hear Lara after 16 years since her first appearance." - TT