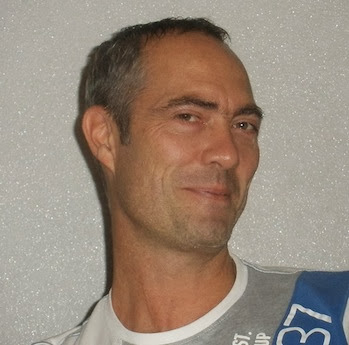 Nathan McCree, 2013
Nottingham University student Daryl Baxter has published an exciting new interview with Tomb Raider legacy composer Nathan McCree. McCree reflects on his compositional career, including the original Tomb Raider (1996) and its sequels; Tomb Raider II: The Dagger of Xian (1997) & Tomb Raider III: The Adventures of Lara Croft (1998); for which he composed the iconic Tomb Raider motif that has been replicated in almost every subsequent iteration of the film and video-game franchise.

As well as providing an insight into his career surrounding the original Tomb Raider trilogy, McCree alludes to reasons for not returning to score Tomb Raider: The Last Revelation. Baxter also questions the composer about the possibility of an original soundtrack release online, and shares his thoughts on the recent reboot of the franchise - Tomb Raider (2013) - scored by the BAFTA-winning Jason Graves.

"...there was no ‘offer’ for me to work on TR4 – to be honest, I didn’t want to work on the project anymore – 3 was enough for me... In fact I interviewed Pete to replace me at Core Design. He was enthusiastic and I felt his productions were good. I liked his adaptation of my themes for TR4 but for the rest of the music I think something got lost which it seems has never returned to the music since I left the project." - Nathan McCree

"...it is a complete disaster for the franchise. It is like releasing a James Bond movie without Monty Norman’s classic theme. To this day, I don’t know why Eidos decided to weaken their prize possesion!" - McCree

In regards to Peter Connelly's recent and complete SoundCloud releases of the soundtracks to Tomb Raider: The Last Revelation, Chronicles & The Angel of Darkness, and the possibility of releasing the same for Tomb Raider 1-3, McCree said "I am working on it. There is some ‘red tape’ to get through first. In fact I have much bigger plans for the music which I hope to finalise soon so watch this space." Interestingly, McCree also details the production times of his original Tomb Raider scores:

"I wrote the entire score for TR1 in 4 weeks... However I did immerse myself in TR2 much more and managed to spend 3 months on the project...I think it was 4 months in the end for TR3."