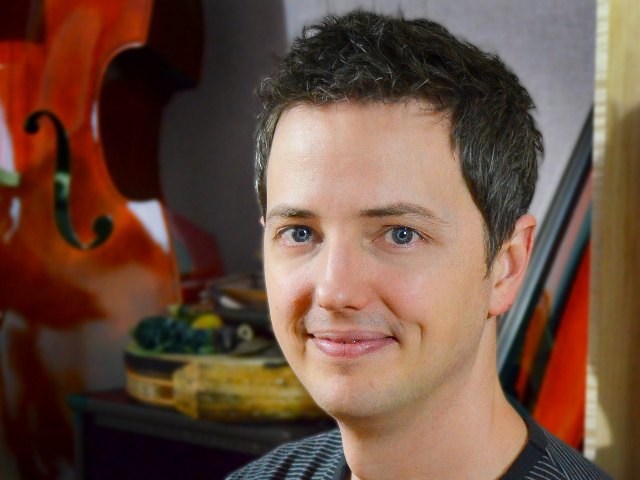 BAFTA winner Jason Graves (courtesy of GameTrailers)
In an interview with GameTrailers on December 15th, 2012, Jason Graves stated there were four major musical motifs that appear in the original Tomb Raider soundtrack:

"There are four major themes in the game that represent the four major characters essential to the story: Lara, Roth, Mathias and The Island. Each of those four themes is peppered throughout the score, many times superimposed on top of each other. Some share key elements such as general shape or chord progressions."

Today the talented Tomb Raider composer provides MoTR with a detailed analysis of these four themes, including comparisons outlining the relationships between them and their thematic progression throughout the game. Graves also highlights any compositional techniques used.

Tomb Raider and the Tomb Raider: Original Soundtrack release March 5th, 2013. Pre-order the soundtrack on CD via Amazon.com now thanks to distributor Sumthing Else Music Works!


Originally written (and all music composed) by Jason Graves: © BMI

"Tomb Raider is an origin story through which we witness Lara's journey and transformation. I wanted the music to illustrate the same thing through character themes and their relationship with each other. There are four major themes - each one has undeniable influence on the others. In fact, all of them stem from the same group of four notes."

"For much of the beginning of the game, she is unsure and scared - she hasn't earned the full version of her theme. The only notes missing are in the second bar, but those notes are the most recognizable and iconic. Without them, her theme takes a background role to the surrounding music. It sounds like any other notes in the chords."

"This is Lara's theme as it's fully realised in later parts of the game (once she has gained confidence). The second bar is really the signature sound of Lara's theme. The upward motion of the first three bars suggest Lara's spirit and energy. The large leap in the second bar is indicative of her strength and heroism. Since she is also responsible and cares for the ones around here, her theme ends with a simple, quiet, downward resolution, suggesting solidarity and someone who knows who they are."

"Roth is Lara's mentor and father figure with a lifetime of field experience. His theme is steady and dependable - a simple three note phrase repeated with slight variation. The leap in the second and third notes illustrate Roth's courage and heroism - the main traits that impact Lara. Eventually these notes reveal themselves in her final theme, but with an larger greater leap than Roth, indicating she has not only learned from his guidance, but surpassed what he taught her."

"The Island becomes an essential character as the game progresses. It is not only the physical location of the game - it also posseses willful intent that Lara must struggle against. The Island challenges Lara and shapes her character as she battles both its terrain and its inhabitants. The first four notes of Lara's theme are the same shape as The Island, but The Island's notes are discordant and non-tonal. Lara has taken the The Island's phrase and "tamed it" into consonat, tonal notes. The Island and Roth both mold Lara into a hero, but she still retains who she is."

"Mathias has been on The Island for a long time and is the leader of the Scavengers - a large group of survivors that follow him with religious zeal. Like Lara, he is strongly influenced by The Island, but Mathias has been twisted by its power. As a result, his theme is identical to the Island's theme - but played in reverse [also known as a 'retrograde']."