Camilla Luddington revealed as the voice talent for new Croft;
script writer and composer announcements due to follow 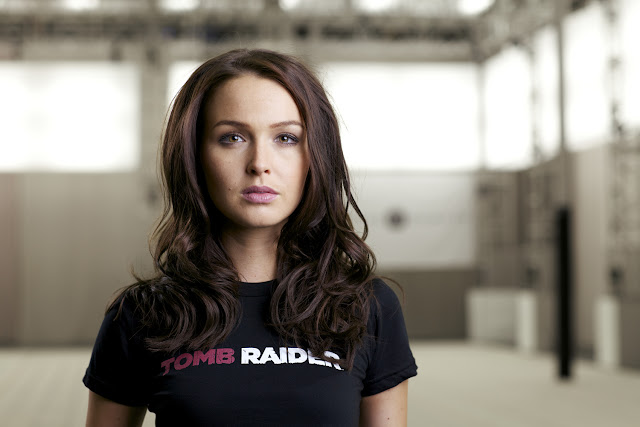 While not strictly music-related, MoTR has reiterated this press release because Luddington's voice is certainly something players will be listening to! Global brand director Karl Stewart made suggestions at E3 earlier in June that the composer will be announced in one of many subsequent 8 week periods following this anticipated statement:

London (26 JUNE, 2012) Square Enix Ltd., the publisher of SQUARE ENIX® interactive entertainment products in Europe and other PAL territories, today announced that the English-born actress Camilla Luddington has been chosen to be the voice and performance actress of famous video game adventurer, Lara Croft in the new Tomb Raider® game.

After an international talent search using scouts in Europe and the US, Luddington stood out as delivering both a depth of emotion and the youthful tone needed for Lara Croft in the upcoming reimagining of the Tomb Raider franchise, due for release on March 5, 2013.

“This has been one of the most important jobs for us to get right,” said Darrell Gallagher, head of studio at Crystal Dynamics “This Tomb Raider game is very different to any other and we are demanding far more from the voice and performance acting than ever before as we take the franchise in a new direction.”

This July Luddington will also participate in the Nerd HQ and Comic-Con panels in San Diego, where she will join the development team as they talk about Tomb Raider and the story behind its creation.

Recently Luddington has starred in hit Showtime series, Californication© and can also be seen in the current season of HBO’s True Blood©.

Tomb Raider is slated for release on March 5th 2013.