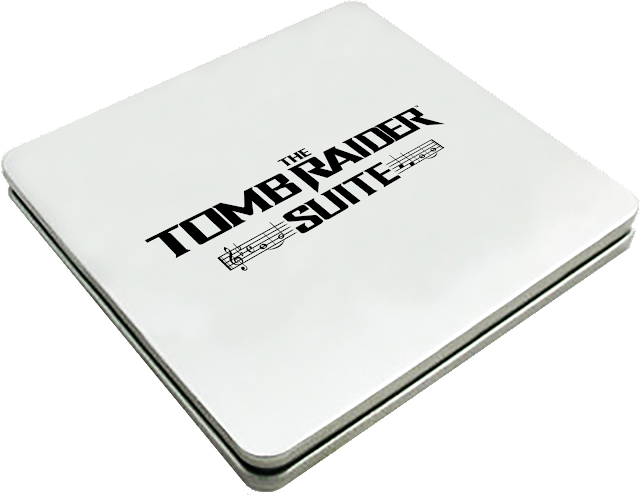 The Kickstarter aims to fund the "extraordinary new recording of Nathan McCree's original Tomb Raider I, II & III music played by a full orchestra and choir" to be released on vinyl, CD, digital download and streaming platforms. The recordings will be performed by the world renowned Royal Philharmonic Concert Orchestra at Abbey Road Studios, and the album is set for release in the third quarter of 2017:

"THE TOMB RAIDER SUITE
When Nathan McCree wrote the extraordinary and iconic music for the first three Tomb Raider games between 1996 and 1998, it was recorded using the synthesizers available at the time. But for 20 years he dreamt of hearing his music performed by a full orchestra and choir and with the 20th Anniversary of the release of Tomb Raider in 2016, the timing was perfect to realise his dream.

TOMB RAIDER: LIVE IN CONCERT
On Sunday 18th December, 2016, The Tomb Raider Suite received its World Premiere in London. Performed live by the Royal Philharmonic Concert Orchestra and the City of London Choir, it received a standing ovation from the nearly 2,000 fans who attended the concert. It was an unmitigated success and the final event in the Tomb Raider 20th Anniversary celebrations.

OUR GOAL
Our goal is to do a studio recording of The Tomb Raider Suite with one of England's leading orchestras in England's most famous recording studios, Abbey Road in London.

Now that Nathan's themes and cues from the first three games have been fully orchestrated for a 76-piece orchestra and 20-voice choir, it is ready to be recorded to the highest standard to release as an album in the summer of 2017.

This is a unique opportunity for all of us Tomb Raider fans to finally own and hear a world-class recording of the music as Nathan McCree had always intended it."

McCree now holds the license to his music for Tomb Raider for the next seven years and this will mark the first ever commercialisation of his work on the franchise. The Kickstarter starts May 26th, 2017, with funding tiers yet to be announced. The following promotional video has been released to spread the word: