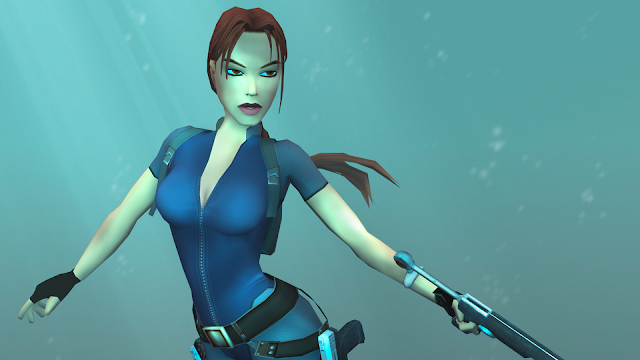 Following this month's release of the complete Tomb Raider: The Last Revelation Soundtrack and Tomb Raider: The Angel of Darkness - Original Abbey Road Mixes by latter classics composer Peter Connelly, the talented Englishman has spoken exclusively to MoTR about the content of the packages:

"The TRAOD recordings are the contents of the CD burnt at the end of the recording / mix session at Abbey Road studios in 2002. I have this original Abbey Road CD. No edits, no post-pro, mastering, no nothing has been done to these files. They are exactly as received... The actual game edits of the LSO recordings and other soundtracks are plastered all over the internet so I wanted to make this release unique.

The TR4 music has been copied direct from my TR4 working folders... These are the EXACT files used to compile the audio for the final game, although they would've been named differently for the game CD (in an order for the programmers to trigger). I renamed them to be a little more obvious and consistent for the Soundcloud upload... Other than that, they're what I used for the actual game.

The FMV / Cutscene music is unique in the sense that they have not before been released without being embedded into the sound effects... The only tracks not used, that I can remember, are Music_FMV_Intro_Part01_Alternative and, possibly, Music_Cutscene_Horus_v01... I think Music_Cutscene_Horus_v02 was the one used in the cutscene." - PC

Connelly also emphasises the importance of SoundCloud - it not only provides the ability to publicise his music (encompassing his entire career, not just Tomb Raider) but also utilises the service as a digital backup of his work. Feel free to explore his portfolio @ Soundcloud: Peter Conz Connelly and further:

Peter has intimated that a similar Tomb Raider: Chronicles soundtrack release is pending - SoundCloud's storage restrictions must first be manoeuvred.
Topics: Chronicles, Peter Connelly, The Angel Of Darkness, The Last Revelation
Email ThisBlogThis!Share to TwitterShare to FacebookShare to Pinterest